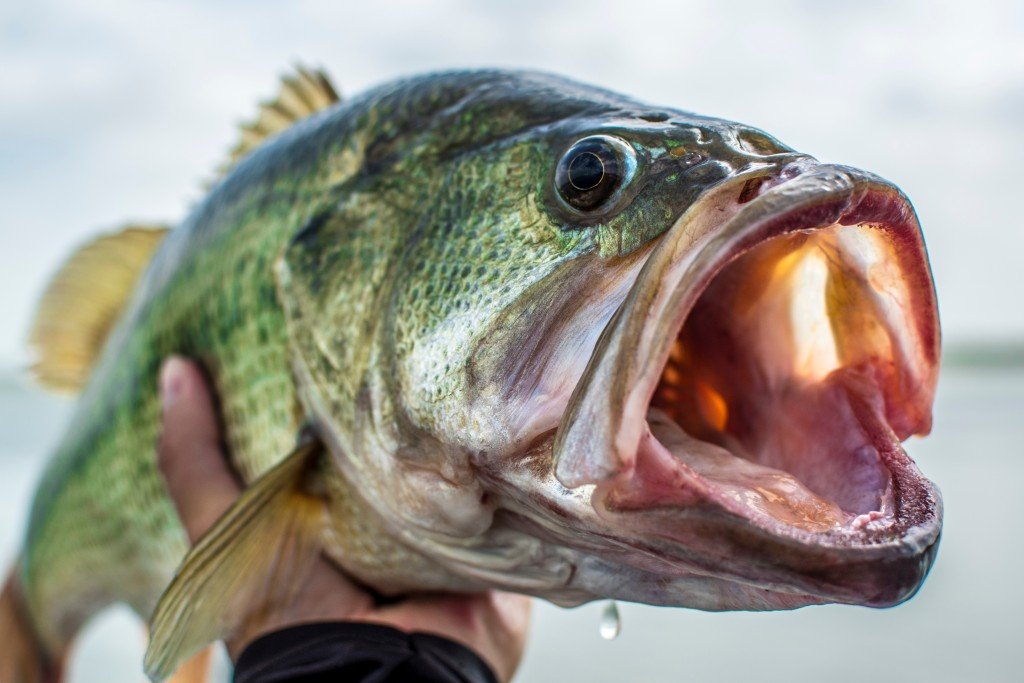 Bass are America’s most popular freshwater sport fish and a national institution when it comes to fishing. There are bass fishing tournaments, bass fishing shops and websites devoted to bass fishing – so we thought we’d get fishing guide and resident expert Shawn Chapin to explain its appeal and provide some bass fishing tips by answering these 11 bass fishing questions below.

1. Why is bass fishing so popular?

There are many reasons! Bass are found in abundance in every single state in the continental United States. They are found in almost every body of water that fish can survive in with very few exceptions. When you put together the abundance of fish with the fact that they are relatively easy to catch (and put up a good fight for their size), it is easy to see why bass fishing is popular. Bass – either largemouth, smallmouth or spotted – give anglers from beginner to elite level a fun and exciting time on the water.

2. Why is bass fishing so fun? 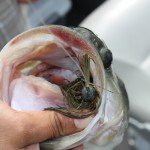 Bass fishing is fun they are an exciting fish to catch and you can fish for them using a variety of tactics and lures from soft plastics (especially combined with scents), jigs, crankbaits and topwater lures too. Another reason bass fishing is so fun and popular is because of the ease of entry-level fishing. Compared to other species like walleye, or especially musky, bass are reasonable easy to tempt. And with the abundance of bass in most bodies of water, you could be consistently catching them all day.

3. What types of bass are there? And where are they found? 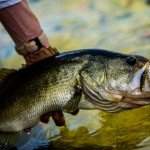 The most common bass found in the United States is the largemouth bass, but there are also spotted and smallmouth bass as well.
Largemouth bass are found in every state in the continental United States. They can also be found naturally in northern Mexico and the southern half of Canada. Largemouth bass have also been stocked in other parts of the world such as Japan, where they are now a popular sport fish for Japanese anglers. (For a fascinating look at bass fishing in Japan check out this article).
Spotted bass inhabit a smaller portion of the United States, and can be found from the gulf coast of Texas across the southern states to Florida, and up to the Ohio River and Mississippi River basins.
Smallmouth bass are naturally occurring in the northern areas of the United States and Canada, but over the years they have been stocked in lakes all over the United States west and south of their native ranges.

The preferred habitat of bass varies not only by bodies of water you’re fishing for them in, but also by species.
Largemouth bass are commonly found around vegetation, timber or drop offs – good areas for bass can be found using a fish finder.
Smallmouth can be found in all the same areas but also like structure such as deep rock piles and rubble, or shoreline rip rap. Smallmouth bass are also found in a lot of clear lakes and reservoirs and tend to live deeper in those bodies of water.
Spotted bass can be found in all the same places as largemouth bass, but also like to inhabit areas that are warm, turbid and slow moving that largemouth bass would avoid. Spotted bass can also be found in areas of faster current – again, that’s a spot that largemouth bass would normally avoid. For learning to pick out bass on a fish finder, check out our guide to reading fish finder images.

5. What is the best gear to use for bass fishing? 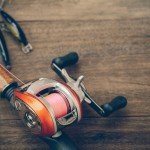 The common rods and reels used in bass fishing are baitcaster rods and reels (check our summary of the best baitcasting reels if you are looking to buy one). Spinning rods (our best spinning rods for bass are listed here) and spinning reels are also popular too.
Normally a bass angler has a variety of types and sizes of outfit to cover multiple different tactics and situations. These can include a jigging rod or a fiberglass rod for fishing for bass with crankbaits. When you are starting out, it’s a good idea to choose one of the best bass attractants to put on your lures to help your catch rate.
An overall rod and reel combination for all around fishing would be something like a seven foot heavy baitcasting rod with a fast action paired with a baitcasting reel in the 6.4.1 gear ratio and spooled with some 16-pound fluorocarbon line.

6. What are the best seasons to fish for bass?

Bass fishing is primarily the best in spring and summer. Bass move up into the shallows to spawn in the spring making beds to lay eggs. This can make them easy to target, but catch-and-release fishing during this time is strongly recommended, as smaller fish will eat the eggs in an unprotected bed.
Summer bass are found widely in a variety of locations from the same shallow areas where they spawned through to deeper weeds and drop-offs.

7. What are the best times of day to fish for bass?

Like most fish, bass feed more actively in the morning hours and in the evening. But bass are known for still feeding pretty consistently throughout the day. They can be tempted with lures throughout the day, especially if you are fishing something like jigs or plastics in cover.

8. What is the best weather for bass fishing?

For bass, like most species, weather details such as wind and water temperatures have a major impact on their feeding habits and their location in a given body of water.
Approaching storms or changes in atmospheric pressure can cause a spike in fish feeding activity.
High wind days can make it difficult to use some of the more popular tactics for catching bass, like fishing jigs or soft plastics, as the wind creates a big bow in the line and makes it difficult to sense strikes.
But wind can also be a fisherman’s friend. Bass will use wind direction to their advantage when feeding and hone in on structure and weedlines where the wind is pushing waves onto the pieces of structure or blowing into the weedlines. This wave action jostles the water around and makes it hard for bait fish to swim and evade predators. And it pushes them near the ambush positions of a predatory fish such as bass.
Before a storm comes in can be an excellent time to be on the water, and generally any time the barometric pressure increases or decreases. After a storm has passed and high pressure and clear skies return, can indicate that fishing for the next day or two might be pretty tough. Your best tactic in these situations is to fish slop or heavy cover with jigs and get reaction strikes, as most fish will be laying low for the next one or two days.

‘Before a storm comes in can be an excellent time to be on the water, and generally any time the barometric pressure increases or decreases’

Absolutely not. While having a boat or kayak to fish from gives you more options in the form of mobility on the water and the ability to fish midlake structure, people who want to fish for bass from shore have a ton of options! Since bass have a tendency to stay fairly shallow for most of the year, fishing from shore can be pretty productive. Bass love hanging out under docks, pontoons, lilypads and wood along a shoreline. Tie on a skirted jig, or a Texas rigged soft plastic, or for an even more exciting time, slap on a topwater lure and have a blast!

10. What about hooking, fighting, and handling bass?

11. Is catch and release important? 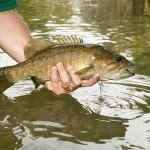 Catch and release is a very important practice in angling to help sustain a stable fisheries population. Government agencies such as the US Fish and Wildlife Service and state bodies set regulations on fish size and quantities an angler is allowed to harvest. But over the years, with more and more fishing pressure, most sporting anglers fishing for fish such as bass, walleye, and muskie have transformed their perception of what angling is all about. The good news is that catch and release for sport fish is becoming the new normal. There is nothing wrong with taking home a fish dinner! But the key is to only take what you need. We need more fish in lakes and less filling up basement freezers.