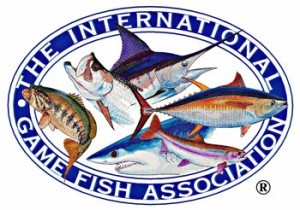 Eager for some record-class recognition for your fishing prowess? Anglers will have more opportunities to get their names in the coveted IGFA World Record Game Fishes book as of March 1, 2013. The IGFA, sport fishing’s world record keeper, has added eight species to its All-Tackle Length record program and made a few new additions to the Slam and Trophy Clubs as well. This means a great shot at a record for enterprising anglers, and more opportunities for Slam and Trophy fish seekers worldwide.

Now two years old, the IGFA’s All-Tackle Length record program recognizes great catches based on length rather than weight and requires that fish be released alive and in good health. Conservation-minded anglers have embraced the record category, submitting more than 441 applications since its inception. Originally there were 67 eligible saltwater species and 62 eligible saltwater species; with these eight additions, those numbers change to 72 and 65, respectively.

The IGFA will begin accepting record applications for these newly eligible species on March 1, 2013. Details on the All-Tackle Length record program can be found in IGFA’s International Angling rules online at: https://www.igfa.org/Fish/INTERNATIONAL-ANGLING-RULES.aspx.

Ambitious anglers who are not necessarily after a world record catch also have some new challenges to enjoy from the IGFA. Effective March 1, 2013, applications will be accepted for the following new Slam and Trophy Clubs: 30 lb Muskellunge Club, 50 lb Dolphinfish Club, and a new Offshore Grand Slam Club. The existing Offshore Slam Club, catching three or four different billfish species in a day, will be renamed as the Billfish Grand Slam Club. As is required for all IGFA Slam and Trophy Clubs, catches must be made in accordance with IGFA rules, with the only exception being that the fish for a Trophy Club can be weighed on the boat to allow for a safe release. Billfish and other species for a Slam Club should not be weighed or unnecessarily handled, as to increase the probability of a healthy release.

30 lb Muskellunge Club – An angler must catch a muskie that weighs 30 lb or more on a certified scale. The fish can be weighed from the boat. A photo of the angler and the fish is required. Once properly documented, anglers are encouraged to release the fish.

50 lb Dolphinfish Club – An angler must catch a dolphinfish (also called mahi-mahi, dolphin, or dorado) that weighs 50 lb or more on a certified scale. The fish can be weighed from the boat. A photo of the angler and the fish is required. Once properly documented, anglers are encouraged to release the fish.

Offshore Grand and Super Grand Slam Club – An angler must capture three or four of the following species: dolphinfish, wahoo, billfish species, or any tuna species of the genus Thunnus (e.g., bluefin, yellowfin, bigeye, blackfin, longfin, albacore). Catching three of the four will earn an Offshore Grand Slam, and catching all four will qualify for an Offshore Super Grand Slam. Photos and/or witness information are required for each catch. Weighing the fish is not required for this, or any Slam Club. Anglers should limit the handling of all these species, especially billfish, to ensure a safe release.

All catches, past and present, can be submitted for IGFA’s Slam and Trophy Clubs as long as all of the necessary documentation can be provided. Applications and details on the requirements for each club can be found at https://www.igfa.org/Fish/IGFA-Clubs.aspx. For more information on IGFA’s Slam and Trophy Club Programs, please contact World Records Coordinator Jack Vitek at 954-924-4246 or jvitek@igfa.org.
###

Founded in 1939, the IGFA is a non-profit organized under Section 501(c)(3) under the Internal Revenue Code and is best known for conservation efforts of fisheries, educational programs, rule-making and for maintaining worldwide game fish records in freshwater, saltwater, fly fishing and junior angler categories. IGFA members are located in over 125 countries. The IGFA welcomes visitors to its 60,000-square-foot interactive Fishing Hall of Fame & Museum in Dania Beach, Florida.