Restoring the Gulf for Anglers 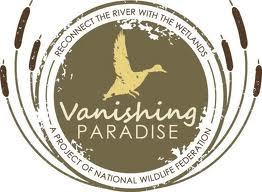 The Gulf Ecosystem Restoration Council released a “path forward” document this week broadly outlining how RESTORE Act funds can be used to restore the Gulf Coast.

“Every single dollar we spend conserving habitat, restoring water quality, protecting coastal and marine resources, and enhancing community resiliency will come back to us many times over-positively affecting the nation’s economy now and for generations to come,” said Land Tawney, NWF’s senior manager for sportsmen leadership. “We look forward to working with the Council as it continues to develop a comprehensive plan that will successfully restore the Gulf and the dynamic hunting and fishing industry this incredible ecosystem supports.”

“Louisiana loses an area of marsh the size of a football field every hour,” DU Director of Public Policy and co-lead of Vanishing Paradise Barton James said. “The Council’s plan is another milestone in large-scale coastal restoration policy.”

“Louisiana’s coast hosts world class fishing and hunting and is an integral part of the health of the state’s and nation’s economy,” said Louisiana Wildlife Federation Coastal Outreach Coordinator Chris Macaluso. “Unfortunately the oil spill in 2010 heaped more damage on top of nearly a century of habitat loss in Louisiana that threatens coastal communities, economies and deep-rooted cultural ties to hunting and fishing. We need to build vital habitat restoration projects, some of which have been discussed and designed for decades. Importantly, the path forward also acknowledges the need to break down the bureaucratic impediments that have stalled large-scale coastal restoration efforts in our state.”

The Gulf Ecosystem Restoration Council is charged with developing a comprehensive plan to restore the Gulf environment and the Council directly oversees expenditure of 30 percent of RESTORE Act funds for the ecological restoration projects specified in that comprehensive plan.

This “Path Forward” is the beginning of a process that will culminate in a plan scheduled to be completed and released in July 2013.

The Gulf states and federal agencies have already agreed to the strategy and restoration goals developed by the Gulf Coast Ecosystem Restoration Task Force. These provide the basis for the large-scale restoration plan that is needed to make good on national promises to the Gulf region.