The Forecast for the summer of 2021 is good for Chinook, Coho and Halibut. 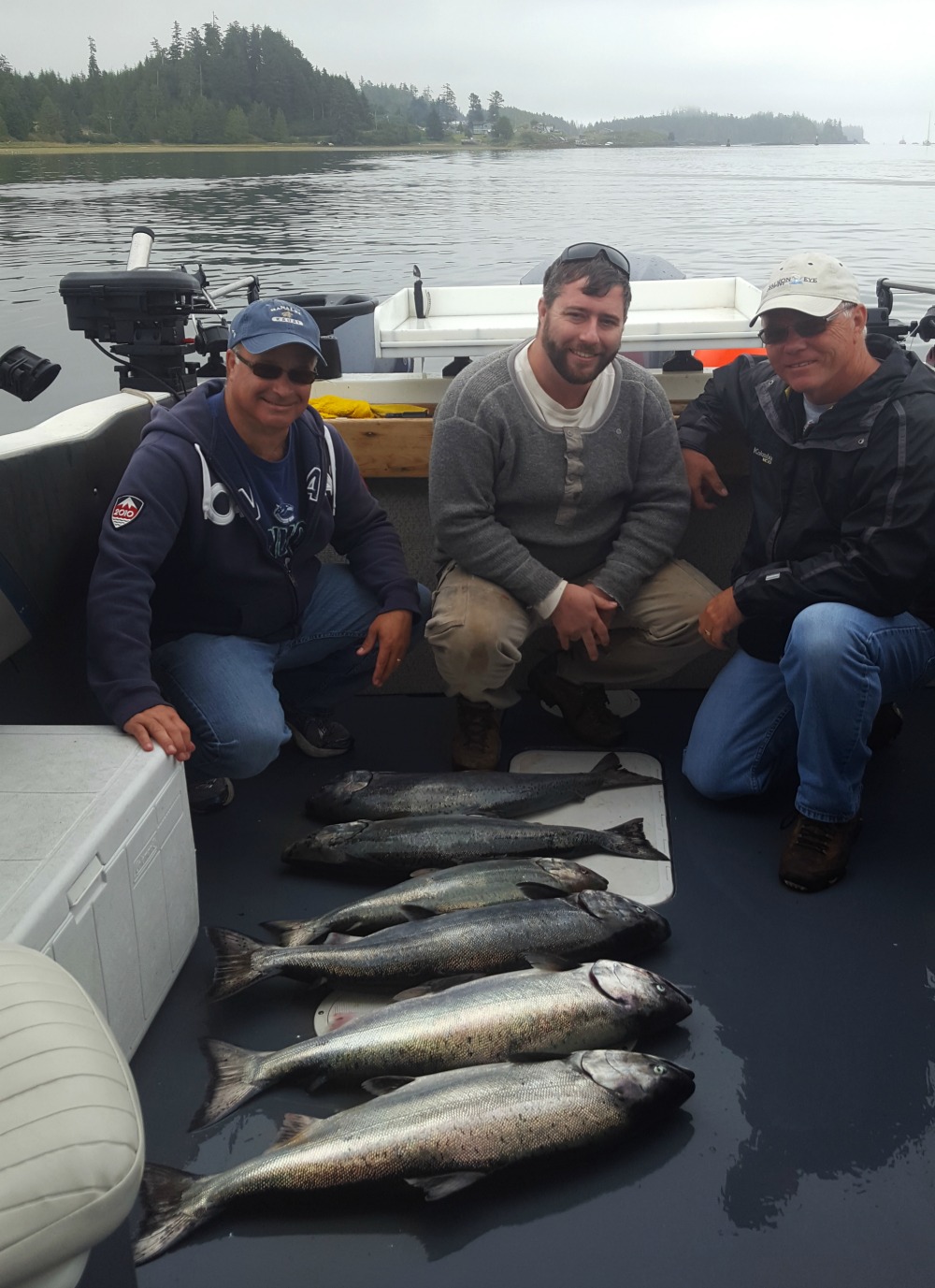 Our local Stamp run is forecasted to be at a 20 year high again and may even outpace the past 2 years at 120K-130k Chinook. Many Vancouver Island Chinook stocks are doing well. The Columbia River which has the largest amount of Chinook in North America is set to get over 540K Chinook which is above the historical average. The upper Fraser River is the one that gets most of the media attention in BC since there have been low Chinook returns there, however the media seems to focus on the bad and not the actual situation with total Chinook numbers for the whole coast. The overall outlook is good and we expect to have good early season Chinook fishing carrying right through the summer. For those who like fishing in protected water I would suggest coming from early June to mid July. The August run size this year should have good fishing in close to shore around Wya point which is about a 15 minute run from the harbour mouth.

2020 had better than expected halibut numbers. Part of this was decreased fishing pressure by both the sport and commercial fleet. We should find out the summer limits by April but we expect them to be similar to last year. Halibut fishing around Ucluelet is best from mid June to mid August though last year good halibut fishing started in May and slowed in September.

The Coho forecast for 2021 is good. 1.7 million Coho are expected to be swimming south of the border and they make their way through Vancouver Island waters. We haven’t gotten our BC forecast back but we figure BC rivers should do fair to good for Coho. This means most fisherman around Vancouver Island should be quite optimistic.