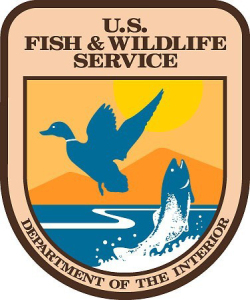 The U.S Fish and Wildlife Service has released a landmark publication celebrating the 75th Anniversary of the Wildlife and Sport Fish Restoration Program, the cornerstone of fish and wildlife conservation in North America. This vital program provides more than $700 million each year through the sale of hunting and fishing equipment to support habitat conservation and outdoor recreation projects across the nation. (In 2012 alone, Alaska received apportionments totaling approximately $33 million.)

The anniversary publication – “Celebrating the Wildlife and Sport Fish Restoration Program, 75 years of Conservation and Partnership Success” – comes at the end of a year-long awareness campaign with state fish and wildlife agencies, non-governmental conservation organizations, fish and wildlife agencies, industry partners (including the American Sportfishing Association, the Archery Trade Association, National Marine Manufacturers Association, and the National Shooting Sports Foundation), and friends highlighting the Program, one of the most significant and successful conservation initiatives in history.

“All Americans, whether or not they hunt or fish, benefit from this program. There’s a good chance that the trail they hike, the park where they watch birds, and the wildlife they see every day wouldn’t exist without the funding provided by hunters and anglers,” said Assistant Director Hannibal Bolton, U.S. Fish and Wildlife Service. “In addition to providing conservation benefits, Wildlife and Sport Fish Restoration funds – along with revenue from state fishing and hunting licenses – support local economies and generate thousands of jobs.”

Since its inception in 1937, the Wildlife and Sport Fish Restoration program has generated more than $14 billion, which state fish and wildlife agencies use to purchase public land, improve essential wildlife habitat and create additional outdoor opportunities for everyone. It is funded through an excise tax on hunting- and shooting-related merchandise, fishing supplies, and boat fuel. In 2011, hunters, anglers and wildlife watchers spent $145 billion on related gear, trips and other purchases such as licenses, tags, land leases and ownership.

For example, the State of Kentucky has used Wildlife and Sport Fish Restoration funding to re-establish elk in the state. Elk once roamed the hills of Kentucky, but by the mid-1850s, none were to be found. In a true partnership effort, the Kentucky Department of Fish and Wildlife Resources, the Rocky Mountain Elk Foundation and the Shikar Safari Club joined forces to bring this magnificent animal back to its native range. From 1997 to 2002, a total of 1,556 elk were captured from herds in six states and released in Kentucky. The project has been a resounding success. In 2009, the herd reached the project goal of 10,000 elks.

And in Alabama, the State Department of Conservation and Natural Resources and Tannehill Ironworks Historical State Park have teamed up to offer an aquatic education experience to thousands of school children. Last year, approximately 3,000 children from 23 schools participated in “Creek Kids.” With its rolling hills, cold-water springs, rapids, pools, and a mill dam, Tannehill is the perfect setting to get kids out of the classroom and immersed in nature. Students learn about watersheds and the aquatic environment from wildlife biologists and get the chance to see firsthand how they can help conserve this unique heritage.

These are just two of dozens of examples of success stories contained in the anniversary publication, which offers an overall description of the Wildlife and Sport Fish Restoration Program and its role as the economic backbone of state and federal fish and wildlife management and habitat conservation activities across the United States.

“The success of the Wildlife and Sport Fish Restoration Program over the past 75 years to restore fish and wildlife populations, open access for outdoor recreation and provide safety education has been the greatest untold conservation story,” said Ron Regan, Executive Director of the Association of Fish & Wildlife Agencies. “This publication illustrates the trust between America’s sportsmen and women; the hunting, shooting sports and angling industry; and state and federal agencies that are the backbone of our users-pay, everyone benefits funding system for fish and wildlife conservation.”